Differences between revisions 30 and 31 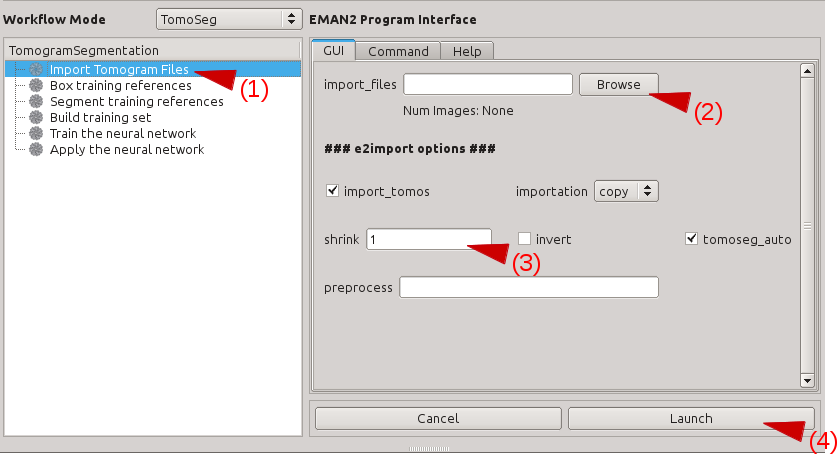 The network training process may seem complicated at first, but in reality it is extremely simple. You will be training a neural network to look at your tomogram slice by slice, and for each pixel it will decide whether it does or does not look like part of the feature you are trying to identify. This feature is termed the Feature of Interest (FOI). To accomplish this task, we must provide a few manual annotations to teach the network what it should be looking for. We must also provide some regions from the tomogram which do not contain the FOI as negative examples. That is, you are giving the network several examples of: "I am looking for THIS", and several more examples of: "It does NOT look like THIS".

For the network to perform this task well, it is critical that you be absolutely certain about the regions you select for training. The largest error people make when training the network is to include regions containing ambiguous density. If you select a tile containing a clear feature you wish to include, but the tile also contains some density you are unsure of, then you will be in a difficult situation. If you mark the ambiguous region as a particle, and it actually is something else, the trained network will not be very selective for the FOI. If you do not mark the ambiguous density, and it turns out to actually be the FOI, then you are trying to train the network to distinguish between the object you said was the ROI and the object you said was not (but was), which may cause a training failure, or a network which misses many FOIs. The correct solution is not to include any tiles containing ambiguous density! Only include training tiles you are certain that you can annotate accurately in 2-D.

There will be other cases where it may be difficult to distinguish between two features. For example, at low resolution, the strong line of an actin filament, may look somewhat like the edge of a membrane on an organelle. If you train only a single network, and it is trained to recognize actin, then you apply it to a cellular tomogram, you will likely find many other features, such as membrane edges, and possibly the edge of the holy carbon film, get mis-identified as actin. While you may be able to more carefully train the actin network, or alter the threshold when segmenting, usually the better solution is to train a second network to recognize membranes and a third network to recognize the C-film hole, then compete the 3 networks against one another. While the vesicle may look somewhat like actin at low resolution, it should look more like a vesicle than actin, so the result of the competitive networks will be a more accurate segmentation of all 3 features.

We will begin the tutorial by training only a single network. You can then go back and follow the same process to train additional networks for other features, then finally at the end, use a program designed to compete these solutions against one another.

Select Box training references. Press browse, and select the preproc version of any one imported tomogram. Leave boxsize as -1, and press Launch.

In a moment, three windows will appear: the tomogram view, the selected particles view, and a control-panel (labeled Options). Unlike the 2-D particle picking interface used in single particle analysis, which is almost identical, this program allows you to move through the various Z-slices of the tomogram. The examples you select will be 2-D, drawn from arbitrary slices throughout the 3-D tomogram. Additionally, this program permits selecting multiple classes of tiles from the same tomogram. For example, you may have one class of tiles containing the FOI and another class which does not contain the FOI. It is critical that you use a consistent naming convention for these different classes of particles, since we would like to have training references from multiple tomograms used for the network training. 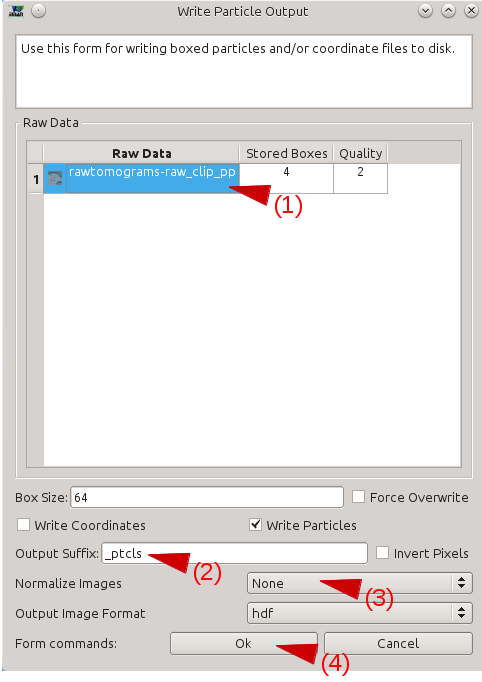 Note: The box size for training tiles MUST be 64x64. If the feature of interest does not fit in a 64x64 tile, you will need to create a more down-sampled copy of your tomogram for the recognition to work well. You can do this manually with e2proc3d.py. If you create a down-sampled version of a tomogram, use the exact same name and location as the original tomogram, but add a suffix to the name preceded by

The next step is to manually identify the FOI

This step is simply combining the files we have created through this step in a specific way to prepare for network training.

This will create a new file with _trainset appended to the name. It takes only a few seconds to run. 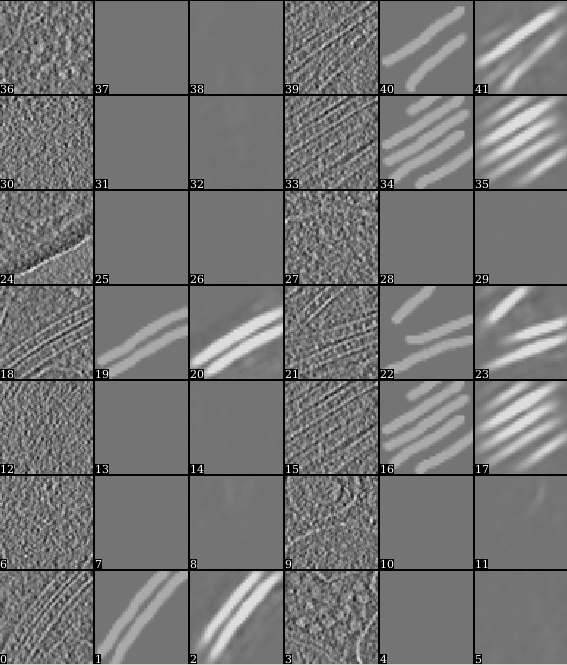 Once you are satisfied with the result, go to the next step to segment the whole tomogram. 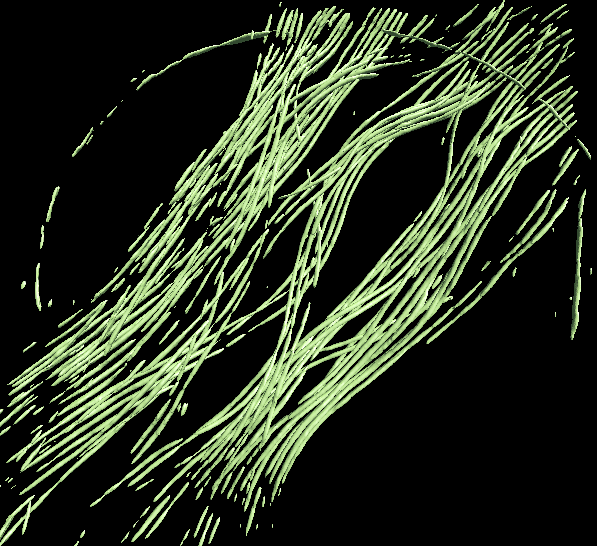